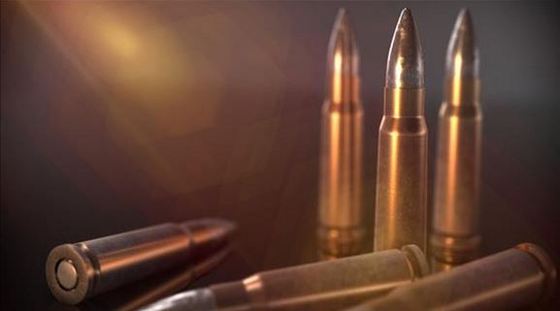 The armed civilians who have been guarding a military recruitment center here are gone, ordered off the property after one of them accidentally discharged his rifle on Thursday.

No one was injured.

U.S. Properties Group Portfolio Four LLC, the owner of the shopping center near the River Valley Mall that includes the multi-branch military recruitment center, ordered the armed volunteers to leave just hours after the shot was fired.

A Lancaster police officer delivered the order to several of them outside the Armed Services Career Center, saying, “God bless you,” but they had to leave.

The armed civilians have been guarding the center since Monday.

One of them has been charged with a misdemeanor after he accidentally fired his AR-15 rifle. Someone from the recruiting center at 1530 River Valley Blvd. flagged down an officer at 12:01 p.m. to report the incident, Lt. Shane Wilson said.

The shopping-center owner issued a statement saying it was decided that “for the safety of tenants, customers and construction personnel working in the immediate vicinity of the Military Recruiting Center, it would be best to request the removal of the armed individuals.”

Christopher A. Reed, 28, of Lancaster, was charged with discharging a firearm in the city limits, and was issued a summons to appear in Fairfield County Municipal Court on Tuesday, according to the police incident report.

Reed told police that he was holding his rifle outside the recruitment center when someone asked if he could take a look at it. Reed agreed, and while he was trying to clear the ammunition from the weapon, he accidentally fired one shot into the asphalt pavement.

The only damage was a hole in the pavement. The rifle was taken from Reed pending his appearance in court, the incident report says.

Conviction on the fourth-degree misdemeanor is punishable by a maximum of 30 days in jail.

Reed was convicted of the same offense in 2013, and was fined $50, court records show.

Some armed civilians have been guarding military recruiting stations in Ohio and elsewhere after the fatal shootings of five service members at a military recruitment center in Tennessee.

“I’m nobody special,” Reed said in a telephone interview on Thursday. “I’m just a guy doing my job because my own government wouldn’t do it.”

Reed said he is not a military veteran. He described himself as an active gun enthusiast who makes a living working side jobs.

He downplayed what happened. “It is what it is,” he said. “Nobody got hurt.”

A Marine recruiter at the center said he was not authorized to speak to reporters.

Before their eviction, armed civilians discussed why they were there. None was present when the rifle discharged.

“Government ain’t going to do it,” said Kenneth Casteel, a 67-year-old Marine Corps veteran who served in Vietnam and sat in a folding chair with his M-16 rifle propped against it. “They won’t give these guys any weapons to carry or keep in a safe. If we don’t do it, who is going to do it? It’s a matter of safety.”

“We are not a redneck group,” the Lancaster resident added. “We are prior military.”

Ashbaugh, 48, of Lancaster, whose husband is a Marine veteran, said she was heartened to see the volunteers guarding the recruitment center.

“We have recruiters who can’t defend themselves. Thank God for these people willing to defend them,” she said.