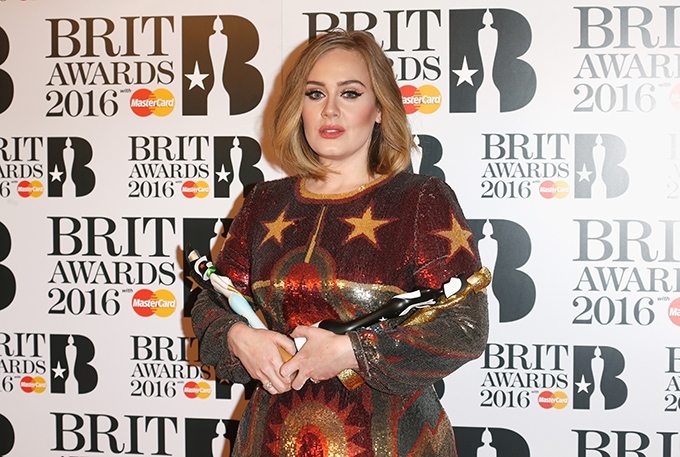 Adele, who made sure that the audio glitches during her Grammys performance would not be repeated in the BRIT Awards 2016, dominated the night by bagging four prizes.

The “Chasing Pavements” singer received the most coveted award, which is the British Album of the Year for 25. Aside from that, she also won the British Female Solo Artist, best British Single and as well as the Global success Award, BBC News reported.

The British artist also performed during the show, closing it with her flawless rendition of “When We Were Young.” She also delivered an emotional speech to express her gratitude for the recognition.

According to Belfast Telegraph, Adele thanked her fans and Simon Konecki, her boyfriend and the father of her son saying, “I’m so lucky to have you love me the way you do and to support me. This album was really hard to make, it was, and I think I was a nightmare sometimes so thank you, and thank you for our lovely son, who is the love of my life. This is all for you peanut, I love you so much. I love you, I love you, thank you so much, all of you, you are so amazing, I’m so honored to be here.”

For the best British Group, Coldplay won the award, which is their fourth British group win, and dedicated it to musicians around the world who are in refugee camps. Chris Martin, the band’s lead singer, even mentioned band members of One Direction saying that it is a treat for them. One Direction also won British artist video of the year for their single, “Drag Me Down.”

Other winners of the British Awards are Catfish and the Bottlemen, Jack Garratt, Charlie Andrew, Bjork and Tame Impala for the British breakthrough act, Critics’ choice, British producer of the year, International female solo artist, and International group, respectively. Click the previous link to see the full list of winners.

Aside from Adele, Bay and Bieber, other performers include Rihanna who was joined by Drake to sing their new song, “Work.”

The show also offered a tribute to the late David Bowie through a performance by Annie Lennox and Lorde who sang Bowie’s “Space Oddity” and “Starman.”

Related Topics:Brit Awards 2016MUSIC
Up Next