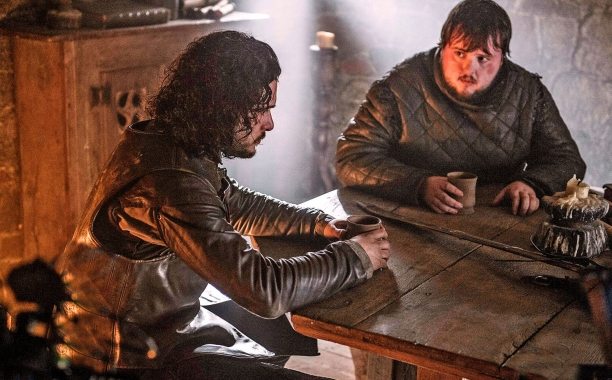 Six. Six Game of Thrones characters died in the season 5 finale, “Mother’s Mercy.” And one of those death marks possibly the show’s most prominent character misfortune yet (we felt each gut stab). Goodness, and Arya’s visually impaired. Shrieen is still dead. Cersei just completely re-imagined a term for strolling home after a hookup. Also,

There is so muchl more. The finale took after two amazing, full-throttle episodes, and some may have anticipated tonight would sit down and hit the brakes. Rather, Thrones proceeded with the same tireless pace and passionate magnitude for its finale. Taken together, the most recent three hours of the season are mind blowing in their extension, aspiration, and account criticalness. While Thrones has been playing at a larger amount as far as its creation values than the rest of TV for a considerable length of time, I have a troublesome time thinking about any series that—absolutely on a narrating level—has had a triple-episode bend as exceptional as the previous couple of weeks.

So let’s strip down and walk through our final Thrones recap of 2015 with our heads held high… Note: This is a recap in progress, updates to come…

Stannis’ Camp: Snow is softening, it at first creates the impression that last week’s penance has lived up to expectations. Melisandre looks all egotistical, similar to, See, I let you know smoldering your lovable adoring guiltless girl to death was a smart thought. However, then, Stannis discovers a large portion of his men have abandoned him. Who can point the finger at them? Who among that gathering isn’t escaping after a week ago’s dad’n’daughter BBQ?

Stannis then discovers his wife Selyse swung from a tree. Indeed, great. It’s the first sensible thing she’s finished. Selyse’s spur of the moment worthless raced to her little girl’s campfire end zone a week ago doesn’t ask for anything else.

By what method will Melisandre disclose this to Stannis? She clarifies it by demonstrating her posterior high-tailing it to Mansion Dark. It’s similar to bizarro Scarface: First you lose the force, then you lose the ladies. I’m frustrated we didn’t hear that discussion where Melisandre sputters to protect her enchantment to Stannis.

Furthermore, why didn’t it work, in any case? Maybe Stannis’ “King’s blood” wasn’t powerful on the grounds that The Lord of Light is on Team Daenerys? However, what might be said about those bloodsuckers that “brought on” the death of Joffrey and Robb? Indeed, did they truly cause their deaths, in some multifaceted supernatural path, similar to Last Destination: Westeros? Since the third usurper Melisandre cursed, Balon Greyjoy, is still all that much alive. So who knows? It’s f–king enchantment, which in Westeros is clearly not any more solid than whatever else. Furthermore, I cherish that. This isn’t Harry Potter. Furthermore, now Melisandre is gone, and Stannis can’t “Accio mistress!” her back.

Anyway, with Stannis’ youngster dead, his wife dead, his significant other having dumped him, and his Tinder application not demonstrating any potential new matches in the zone (Osha? Maggie the Frog? Ros’ sister? Swipe left!) … Stannis chooses to assault Winterfell at any rate. What else, truth be told, does he have left?