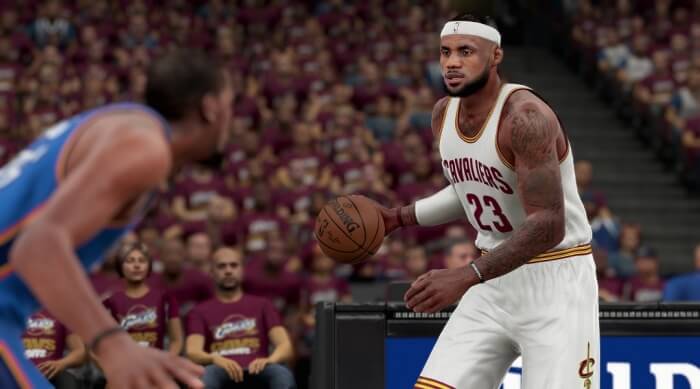 The lawsuit, filed Monday, says tattoos found on NBA players within “NBA 2K16” are copyrighted works owned by Solid Oak Sketches and were used without permission by developer Take-Two Interactive.

A new lawsuit addresses an uncertain legal issue that’s been stained in the minds of the public ever since Mike Tyson’s tattoo artist sued in 2011 to stop the release of Hangover 2.

The action was filed on Monday in New York federal court by Solid Oak Sketches, which claims to own copyright to several tattoo designs featured on the bodies of NBA stars LeBron James, Kobe Bryant, Kenyon Martin, DeAndre Jordan and Eric Bledsoe. Solid Oak is suing Take-Two Interactive Software and other companies associated with the videogame NBA 2K16 for unauthorized reproductions of those tattoo designs.

The question over whether tattoo designs are copyrightable has never been fully decided by a court, as acknowledged in the new lawsuit. Victor Whitmill’s lawsuit against Warner Bros. over Hangover 2 settled as has other disputes including one by a tattoo artist, Christopher Escobedo, who inked a UFC fighter and later asked a bankruptcy court to determine the value of his tattoo claim against videogame publisher THQ.

On one hand, copyright law protects original works of expression fixed in a tangible medium. In the Whitmill case, before it settled, the judge commented, “Of course tattoos can be copyrighted. I don’t think there is any reasonable dispute about that.” An opinion was never issued, however. In the THQ case, Escobedo was awarded $22,500 for his lion tattoo.

Then again, it could be argued that tattoo appropriation in an expressive work is de minimus.

Solid Oak Sketches argues that the tattoo designs “easily satisfy” a standard for originality. The designs — including a child portrait on LeBron James’ inner left forearm, a crown with butterflies on Kobe Bryant’s right bicep and a script with a scroll on DeAndre Jordan’s right shoulder — were created by tattoo artists Shawn Rome, Justin Wright and Tommy Ray Cornett, who according to the complaint, signed copyright license agreements with the plaintiff. As for fixation, Solid Oak Sketches argues that the designs “are imprinted permanently upon the skin of humans, clearly stable and able to be perceived for much more than a transitory duration.”

The full complaint is below.

The plaintiff, represented by Matthew Spritz and Heitner Legal, also cites scholarly journals and says the United States Register of Copyrights has issued certificates of registration for the tattoo designs.

In a demand letter to Take-Two before the lawsuit was filed, an attorney for the plaintiff took the $22,500 award to Escobedo, and using information about NBA 2K16 sales, calculated that the value for the eight tattoos should be $572,000. But there was also the matter that two of LeBron James tattoos were featured on the cover of the videogame. According to the letter, “Given that those two tattoos are ‘the face’ of the 2014 game, their marketing and promotion value is, conservatively, at least four times the value of the rest of the tattoos.”

Thus, the claimed value of using all of the tattoo designs in question allegedly equals $819,500. That tattoo design company offered a perpetual license for a fee of $1,144,000.

Presumably, Take-Two declined the offer. The company declined to comment about the lawsuit, which demands injunctive relief and monetary damages. 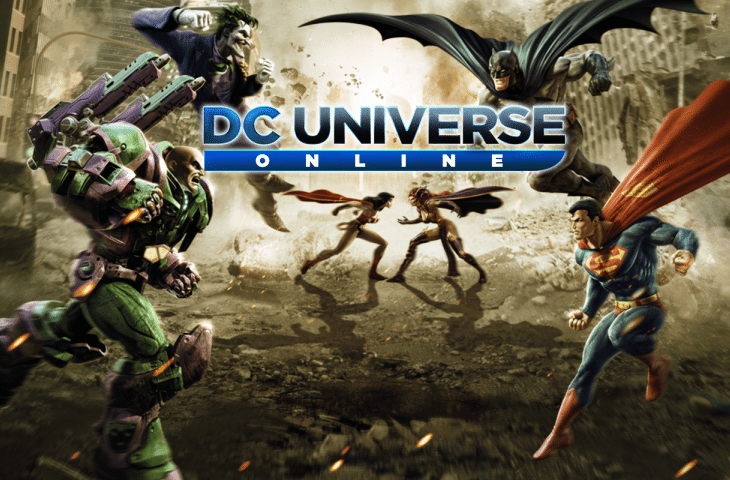 DC Universe Online is now available for the Xbox One.

Daybreak Game Company has announced that their online superhero title is available right now for download on the Xbox Store. DC Universe Online will require an Xbox Live Gold subscription in order to play. Unlike its PlayStation 4 counterpart, the Xbox One version of the title will not support cross-platform play with PC gamers.

DC Universe Online first released for the PlayStation 3 and PC back in 2011. The game came to the PlayStation 4 in 2013. In DCUO, players create their own hero or villain, choosing their powers and movement mode. The player can then become a member of either the Justice League or The Society depending on whether the chose to be a hero or a villain.

Daybreak Game Company, the game’s developer, was originally known as Sony Online Entertainment. When Sony sold off the studio in 2015, they immediately announced that they would  bring their games to the Xbox platforms. They confirmed that DCUO would come to the Xbox One back in January. 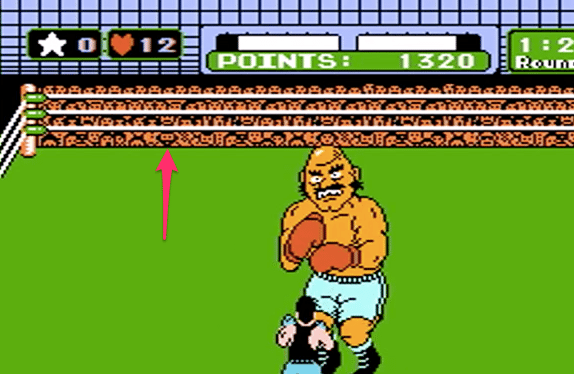 Remember “Mike Tyson’s Punch-Out!!” on the orginal Nintendo Entertainment System? Remember how each opponent got increasingly more difficult to defeat as you traversed your way through the rankings as “Little Mac?”

Opportunities to land a blow, be it a simple jab or a power punch, were fewer and farther between as you worked your way up to the ultimate boss — Iron Mike himself. It’s been 29 years since it first came out, but gamers are still fascinated by the title. So much so that a Redditor recently unearthed an Easter egg, a visual clue, that tips you off as to when to throw a knockout punch against two of the game’s tougher foes, Piston Honda and Bald Bull. 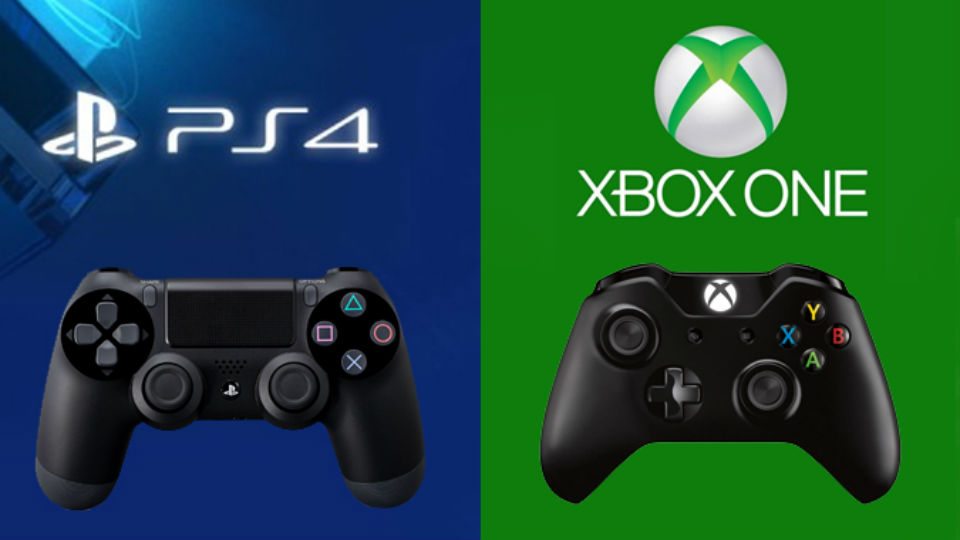 Last year over the course of Christmas day, a group of cyber criminals ‘Phantom Squad’ launched a series of DDOS attacks on Xbox Live and the PlayStation Network. Some involved claimed it was to force kids to appreciate family time over the holiday, others claimed it was due to poor security on these networks, either way, some of those involved were caught and arrested.

Now it looks like history may repeat itself this year, as a new group calling itself ‘Phantom Squad’, has revealed intentions to try and take down Xbox Live and the PlayStation Network again this year. 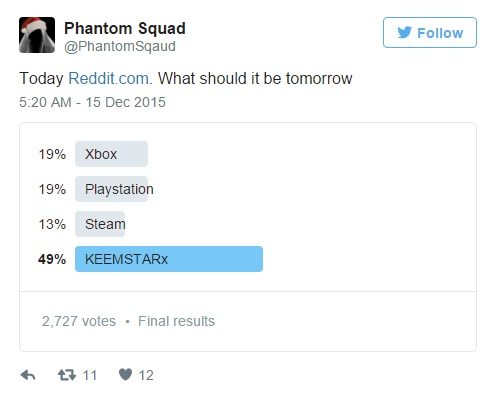 The potential attackers have been tweeting about plans and taking votes on which network to attack first, which also includes Steam. Only time will tell if this planned DDOS will be successful but hopefully both Sony and Microsoft have learnt from last year and will be able to thwart any attempts levied at it this time around.

Speaking of which, Nintendo, Microsoft and Sony have all got together and discussed ways to prevent something like last year’s Christmas DDOS from happening again, so maybe there will be better security measures in place this time.

KitGuru Says: These attacks on online gaming services don’t really help anyone. A few of those who took part in the attack last year were caught, so if this happens again, there is no guarantee that they will get away with it. Were any of you affected by the DDOS attacks last year?