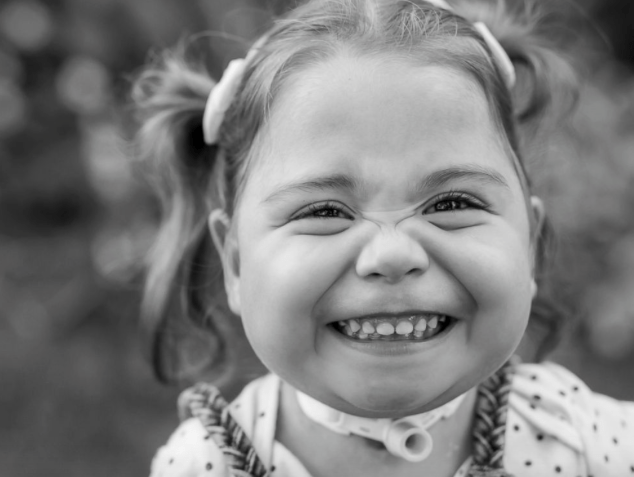 “As a nurse, sometimes you bond with patients,” Amber Boyd, 28, told ABC News. She is a pediatric nurse from Albuquerque, New Mexico who has worked babies with a wide array of birth defects, like her now-adopted daughter, Nicole, who spent over a year in her hospital.

“I’ve had that frequently happen throughout my career, but nothing as strong in the way I feel for this child,” Boyd said. “She was on her own and really sick. I guess it was that motherly instinct. I think it was a bond that was meant to happen.”

Nicole was born on Dec. 26, 2012 with an omphalocele–a birth defect where the gastric organs are outside of the body. Why she was still a baby, Nicole was transferred from a Neonatal Intensive Care Unit (NICU) to the pediatric unit where Boyd works in the Spring of 2013. “Nicole was pretty sick that whole first year and a couple of months of her life,” Boyd said. “Right around her first birthday, she was making progress, [but] her needs were beyond anything anyone could’ve accommodated at home. Her biological parents, their rights were taken away and her twin sister had already gone home with another family. They just weren’t medical professionals and she essentially needed ICU care at home. [The hospital] was looking into medical foster care.”

She proposed the idea of adoption to her husband, Taylor, who immediately got on board with the idea. Shortly thereafter, the Boyds obtained a foster care license and, in June 2014, Nicole went home with the couple. Nicole’s adoption was made final this year, on February 24.

“We had always planned on having children and I’m adopted,” said Boyd. “But I don’t think we talked about this one coming down the road. We took her home and she was 18 months old. She just kind of fit right in. She’s just a trooper and embraced everything.”

Currently 3 years old, Nicole has now been living with the Boyd’s for more than 20 months. Her parents are happy to report that her transition has been seamless.

“She’s spunky, she’s sassy, she’s just a fighter and you could tell that in her spirit,” Boyd said. “She’s always happy. It’s very rare to see her upset. She’s seriously the strongest kid I’ve ever met. She takes everything on with a smile and fights through, no problem.”

Boyd’s colleague in the hospital, Camille Walker, reflected on the day that Nicole was transferred to their hospital. “I remember the day she came down from the NICU,” Walker, 27, of Albuquerque said. “She was one of the hardest patients we’ve ever taken care of. She was with us for so long.”

The hospital’s policy is to give long-term patients a primary nurse. “Amber was the first one to step up,” said said.

Walker fondly remembers the day that Nicole met Amber, noting their instantaneous connection. “That was always the big thing surrounding [Nicole] was ‘Who’s going to take her?’” she said. “Knowing Amber and all her siblings were adopted made it that much more special,” Walker added. “Taylor, at the time, he was a special needs teacher.”

“Everything this little girl needed they had,” she added. “It was like she won the lottery with the parents that she got.”