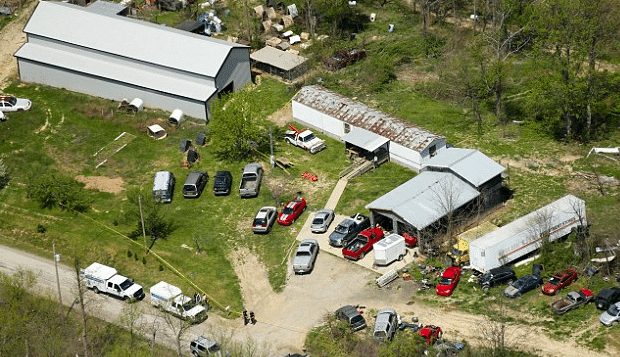 A coroner’s report released on Tuesday revealed the degree of brutality in the shootings, finding most victims were shot three to nine times each and some of them were bruised–implying prior altercations. Meanwhile, the criminal is still at large, with more than 200 law enforcement officials engaged in a thorough search to detain them.

A 911 caller on Friday said the bodies of two people found in one home showed signs of struggle in addition to the gunshot wounds. Attorney General Mike DeWine has called the killings a carefully planned and “sophisticated operation” executed by several people or an individual. 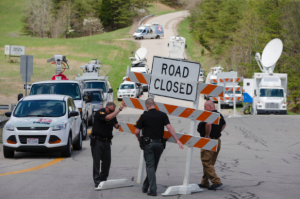 The Hamilton County coroner said the victims — three women, four men and a 16-year-old boy — had wounds to their heads, torso and other parts of the body. Dr. Lakshmi Sammarco said one victim had a single wound, one had two wounds, and the rest had upwards of three. The report didn’t specify which victim had which number of wounds.

Some victims showed “signs of soft tissue bruising,” her report stated. Sammarco’s office declined to discuss its findings, saying that they might interfere with the current investigation. Funeral arrangements for the victims hadn’t yet been revealed.

Authorities haven’t not proposed any suspects thus far. DeWine has said there were marijuana-growing operations found at three of the four places where bodies were found in Pike County, a rural Appalachian Mountain region roughly 80 miles east of Cincinnati and Hamilton County.

DeWine said Tuesday that investigators have received more than 300 tips and are still carrying out search warrants. He said 79 pieces of evidence have been given to a crime lab for testing and analysis, including for DNA and fingerprints.

Ohio and Pike County authorities are leading the investigation, with help from some two dozen other agencies including other county sheriffs. The FBI and Drug Enforcement Administration are also offering assistance.

A woman who called 911 on Friday morning to report finding two of the bodies said that she saw “blood all over the house” and that the two looked like they had been “badly beaten.”

Two other children, Hanna Rhoden’s 4-day-old daughter and Frankie Rhoden’s 3-year-old son, also were untouched–which hints that the killer(s) had a “very specific mission in mind” according to authorities.

Leonard Manley, father of Dana Rhoden, told The Cincinnati Enquirer that he first learned about the marijuana operations from news reports. Manley, 64, said he’s sure his daughter “couldn’t have been involved in anything illegal.”

“They are trying to drag my daughter through the mud, and I don’t appreciate that,” said Manley, whose three grandchildren — Dana’s children — were also killed in the slew of attacks.

Manley also found it suspicious that any assailants were able to sneak past his daughter’s two guard dogs.

“Whoever did it knows the family,” Manley said. “There were two dogs there that would eat you up.”

DeWine said Monday there was evidence of cockfighting at the sites, but the details of that matter may or may not be relevant to the investigation.