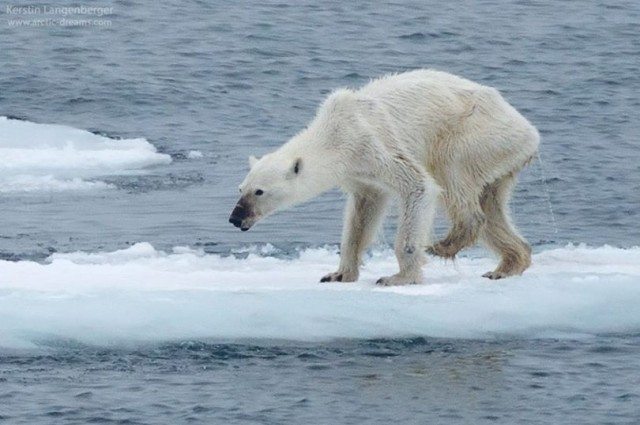 This shocking and saddening image was taken by photographer Kerstin Langenberger in Svalbard, and posted to her Facebook page.

Langenberger went on to say that although local scientists claim Svalbard’s bear population is stable, she regularly sees skinny or starving females:

“I see the glaciers calving, retreating dozens to hundreds of meters every year. I see the pack ice disappearing in record speed. Yes, I have seen bears in good shape – but I have also seen dead and starving polar bears. Bears walking on the shores, looking for food, bears trying to hunt reindeer, eating birds’ eggs, moss and seaweed. And I realized that the fat bears are nearly exclusively males which stay on the pack ice all year long. The females, on the other hand, which den on land to give birth to their young, are often slim. With the pack ice retreating further and further north every year, they tend to be stuck on land where there’s not much food.”

And the future doesn’t look bright. The IUCN has this to say: “Global climate change posses a substantial threat to the habitat of polar bears. Recent modeling of the trends for sea ice extent, thickness and timing of coverage predicts dramatic reductions in sea ice coverage over the next 50-100 years.” 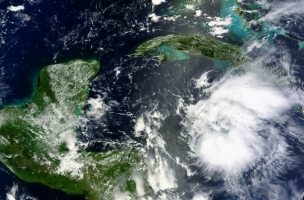 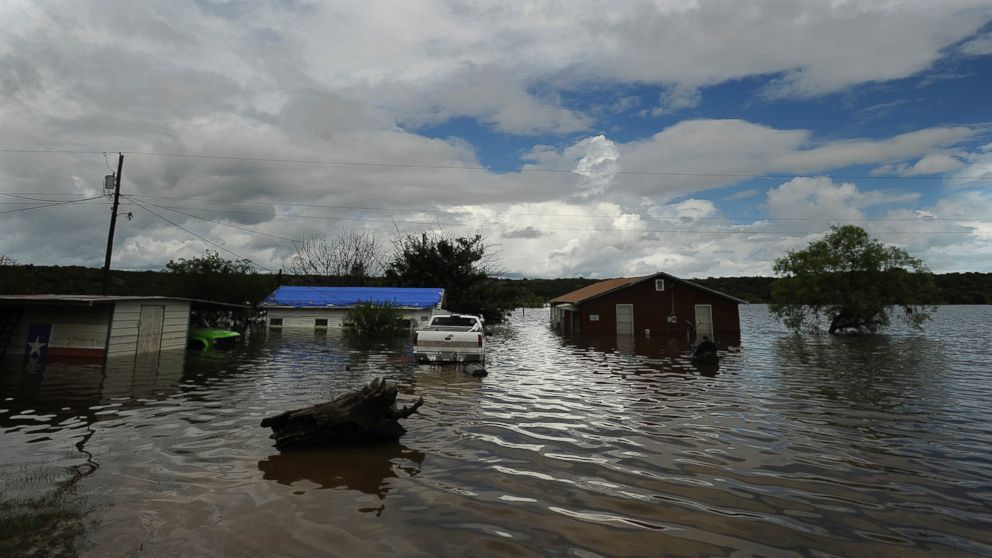