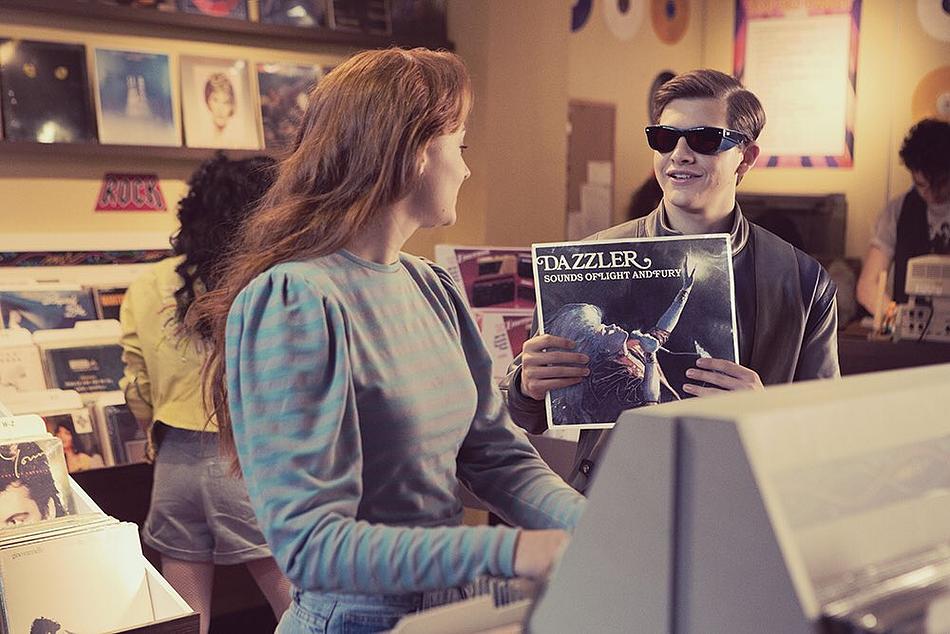 “#FBF that time Cyclops and I went shopping at the mall and found our favorite singer’s album (pre 1989, of course),” Sophie Turner said on Twitter and Instagram. The album shows the character Dazzler.

Sophie Turner has revealed the existence of Dazzler in the X-Men movie universe.

On Twitter today as part of “Flashback Friday,” Turner tweeted out a picture of her character Jean Grey and Cyclops in a record store. Cyclops is holding an album from Dazzler entitled Sounds of Light and Fury.”

#FlashbackFriday to that time Cyclops and I went shopping at the mall and found our favorite singer’s album (pre 1989, of course).

#FBF that time Cyclops and I went shopping at the mall and found our favorite singer’s album (pre 1989, of course) pic.twitter.com/BherKQbE4Z

Dazzler first appeared in the X-Men comics in 1980. She can convert sound vibrations into light and energy beams, which not only helps her defeat her enemies, it also means she can put on a pretty good musical performance.

As pointed out by ComicBook.com, the album cover in the image is taken from the cover of Dazzler #29.

Earlier this week a new X-Men: Apocalypse trailer was released. The movie is set to hit theaters on May 27.

Alicia Vikander to Star as Lara Croft in ‘Tomb Raider’