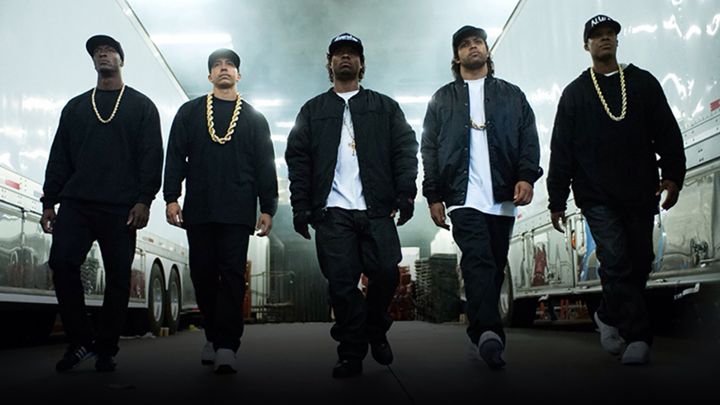 “Universal is proud of our association with Straight Outta Compton, which portrays the rise of five talented young men from underprivileged and oppressed backgrounds into one of the most influential music groups in modern history,” A Universal spokesperson said (via Variety).

“The film has been seen by thousands of people at hundreds of screenings, all of which have happened without incident,” the rep added. “The studio has not solicited enhanced security for theaters who will begin showing it this weekend, but has partnered with those exhibitors who have requested support for their locations.”

The Monday night premiere of Straight Outta Compton, at LA Live in downtown Los Angeles, featured heavier security than usual, though no incidents were reported.

Straight Outta Compton is expected to draw large opening-weekend crowds and finish in first-place at the U.S. box office. The movie features several scenes of gang violence, as well as footage of the 1991 beating of Rodney King by Los Angeles police officers. The acquittal of the officers in 1992 prompted three days of rioting in Los Angeles.

The decision comes in the wake of the killing of two women by a Louisiana man at a showing of Trainwreck on July 23rd, as well as the sentencing of James Holmes on multiple counts of murder and attempted murder. Holmes murdered 12 people in an Aurora, Colorado movie theater during a showing of The Dark Knight Rises.

In addition, demonstrations have continued this week over police tactics in Ferguson, Missouri, to mark the anniversary of the shooting of Michael Brown by an officer.

Related Topics:MoviesN.W.AStraight Outta Compton
Up Next