Hey world! Fall 2016 is approaching and it is considerably important to be aware and sound of the fashion and fashion trends it will bring along. This time around, I personally feel like ample trends I happen to be a fan of, like radiantly chrome and noble military wear, are highlighted this season.

Ten trends to follow and get in touch with this season are checkered patterns, bomber jackets, pink colors, chrome or metallic, shearling pieces, the western theme, tracksuits, puffed-up pieces, knitwear, and military wear.

Sure, there are stripes and argyles, but plaid is a trend this season. In checks and tartans, the motifs is infinitely universal, shared across oceans in concepts of menswear. Raf Simmons and Dior Homme featured these in some long coats.

Varieties of the bomber jacket hit catwalks and are also hitting the sidewalks! Sources like Vogue report that it was originated by Kanye West with Yeezy; this flight jacket is featured by all levels of fashion at accessible to luxurious prices. Topman, ZARA and Diesel Black Gold (three of my favorite places to shop, hands down) have featured these. ZARA even featured this in a leopard print!

Remember that phrase, “though guys wear pink”? While pink may be regarded as predominantly a girls’ color today, and blue for boys, the color pink percolates as a trend into the impactful realm of men’s fashion. These are pinks that vary in color and intensity. Faint pinks to vibrant hot pinks are featured. They are able to be seen (and bought) in Gucci (in cardigans) and in Off-White’s collection.

This trend can be regarded as exclusive to an extent in terms of when and where it is seen. It will be cached and later seen on the common man. No matter how you use or wear this trend, it will certainly needed to be justified by accompanying modulating piece, possibly from the winter.

Having lurked around, shearling now gets a promotion from the peripheral to a serious item in men’s use of fashion. Featured in frugal representations of color and opulently many uses in terms of pieces, it is featured by many designers and brands. One of them is Coach.

This is not Western in the sense of American or European. It is, however, a reflection of U.S. Geography. You know what comes to your mind when you strictly think West or Midwestern—it is cowboys and Texas possibly. This mean calf-skin clothing along with themed prints, overalls, and fringes. It is featured in Gucci, Ralph Lauren, and Dolce and Gabbana, even including outerwear!

You may be familiar with the word, “athleisure.” This season’s sport-suits are evoking a nostalgia.  Traveling back in time, this trend is consistent with a sporadic, multidirectional timeline of fashion. It is featured boldly, sometimes in darker color to more vibrant color, and in reds and blues. It even occurs in patterns! It is featured by Burberry, Gucci, and Kenzo.

The puff jacket got a sizable gain in a few ways this season! From invitingly glossy shades to  eye-catching yellows and subtle but dark purples, thus trend featured a striking yellow for Coach 1941 and an urban, mahogany-ish Burberry coat.

These pieces give off a look of having been manually, meticulously made. Rich with varying and abundant color, these astutely approached piece feature patterns, stripes, and are decorated. They are featured by Acne Studios and Ermenegildo Zegna.

Cultured military wear graced menswear shows. Always charming and, this time around, noticeably regal, the trend was mainly featured on coats such as by Balmain and Coach 1941 in navy blues. 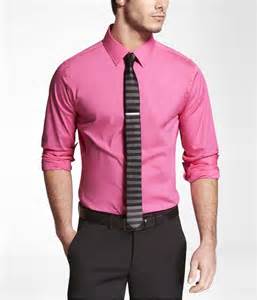 The Best Pieces From The Upcoming Supreme F/W Season