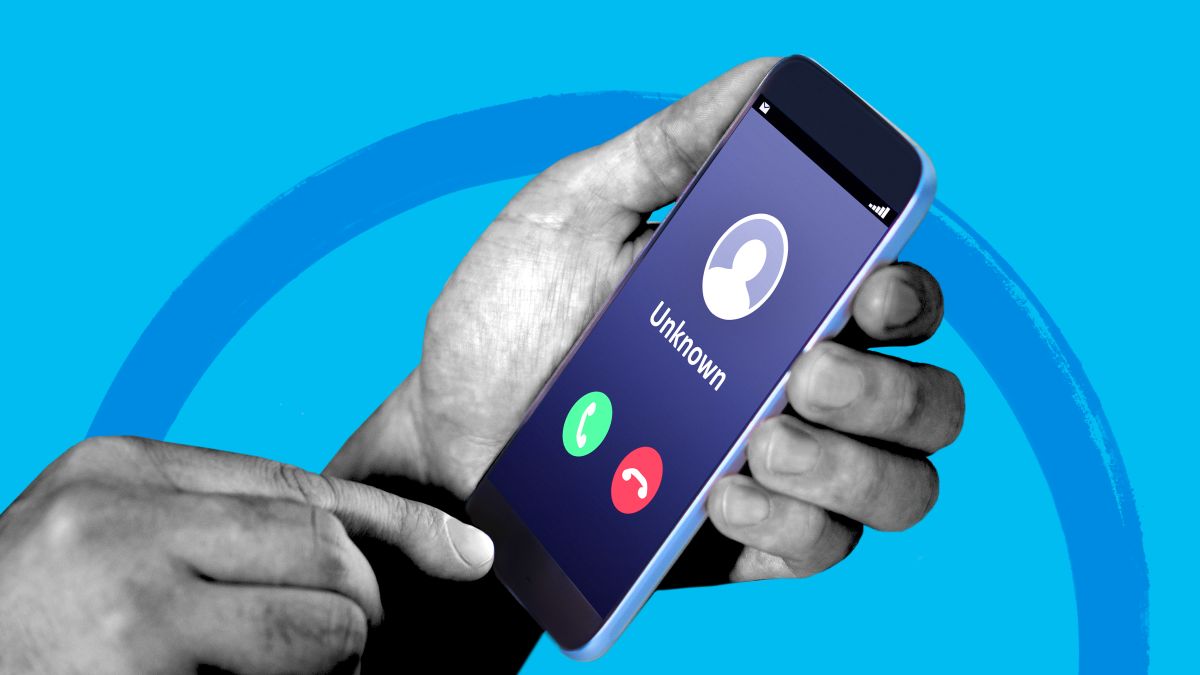 The US government announced a nationwide crackdown on illegal robocallers on Tuesday, targeting companies and individuals who have collectively placed over 1 billion unwanted calls for financial schemes and other services, according to the Federal Trade Commission.

The crackdown involves nearly 100 cases, five of which are criminal enforcement actions. They were brought by the FTC, Justice Department, 15 states and a slew of local authorities.
It marks the latest effort by regulators to battle back the tide of unwanted and illegal calls from telemarketers and scammers.

Some of those targeted by the action were a major source of robocalls. Derek Jason Bartoli, a Florida man who allegedly developed, sold and used a form of software that allows millions of calls to be placed in quick succession, was responsible for 57 million calls to US phone numbers over six months in 2017, according to a federal complaint.

“By putting people like Derek Bartoli out of business, we are able to deprive the robocallers of the important tools of their trade,” said Andrew Smith, director of the FTC’s bureau of consumer protection, in a press conference Tuesday.

It comes as lawmakers in both chambers of Congress are preparing legislation that would expand the government’s power to limit illegal robocalls. On Tuesday, a House subcommittee is expected to consider the Stopping Bad Robocalls Act. The bill directs the Federal Communications Commission to flesh out its rules making clear that robocalls may only be made to consumers with their consent.

In the Senate, the TRACED Act would expand the FCC’s power to punish illegal robocallers by increasing the maximum fines that the agency can levy for each robocall and by extending the statute of limitations to three years, up from one.

Robocalls have become a major concern for policymakers as Americans have increasingly been subjected to unwelcome cellphone interruptions and, in the worst cases, fraud.

Americans received 25.3 billion robocalls in the first half of the year, a 128% increase compared to the same time last year, according to the robocall analytics firm Hiya, which provided details of a forthcoming report to CNN on Tuesday.

While not all robocalls are illegitimate — many schools, pharmacies, banks and other institutions rely on them to reach customers — the onslaught has discouraged some Americans from answering cellphone calls altogether, said Hiya.

The telecom industry recently received clearance from the FCC to begin blocking robocalls by default, using technology that can screen out unwanted calls much like spam filters send junk email to a separate folder.

Smith said stemming the flow of robocalls must involve a combination of new technologies, government intervention and consumers’ own behavior — hanging up on robocalls, switching on call blocking through wireless carriers and reporting robocalls to the FTC.
“We use those complaints to drive our law enforcement actions,” said Smith.

Instagram Rolls Out New Plan To Remove Likes on Posts 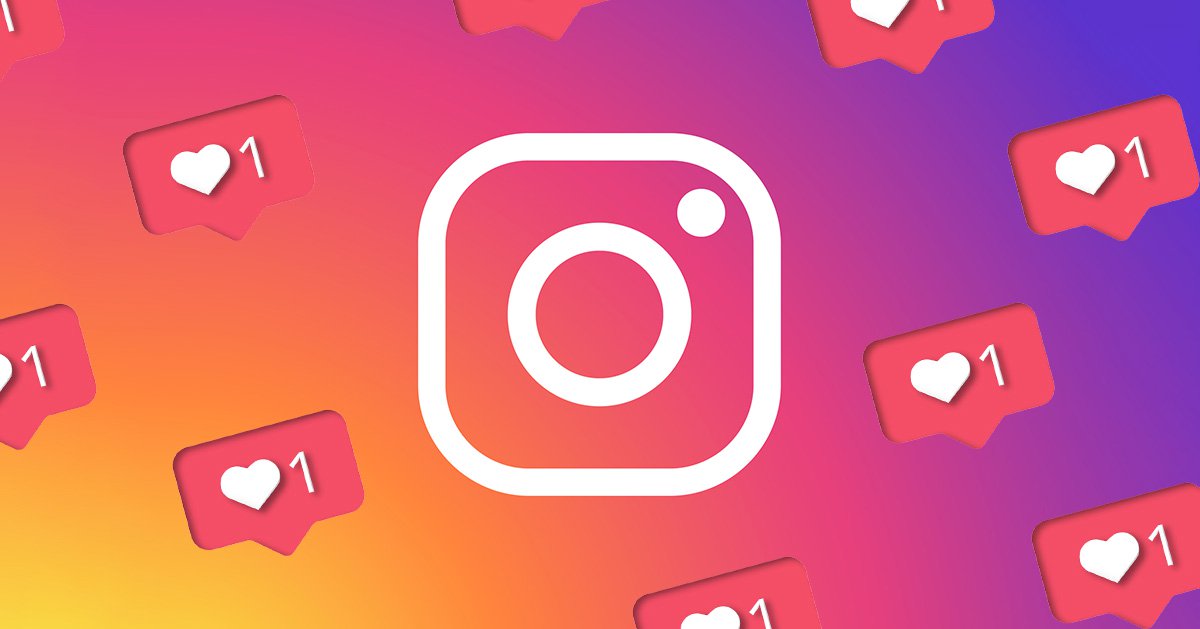 Instagram launched in 2010 and no one could’ve predicted the global phenomenon it would soon become–well no one except for the wise guys at Facebook. Facebook acquired the photo app just 18 months after its launch, and since then, the social media platform has gone on to consume our time and our lives.

But now the app is looking to make one of its biggest shifts since its birth–removing likes. Likes are the currency to building coveted “influencer” status–a marker of fame that can turn your average Joe or Jane seemingly into a celebrity overnight.

Influencers caught the attention of advertisers and sponsors looking to “natively” introduce their products to audiences. These partnerships led to a lot of money and capital for individuals over the years–with those with 1 million followers and up earning around $10,000 to $250,000 per post.

But now removing “likes” threatens to pop the already vulnerable influencer bubble. As Instagram rolls out the new format overseas, users are wondering what the changes will mean for their social media consumption.

“We hope this test will remove the pressure of how many likes a post will receive, so you can focus on sharing the things you love,” Mia Garlick, Facebook Australia and New Zealand director of policy, said in a statement, according to BBC.

The change is also meant to encourage users to use the platform in the way it was originally intended, hoping, “this change can help people focus less on likes and more on telling their story”.

Continuing, Adam Mosseri, Instagram chief in Canada said, “We want people to worry a little bit less about how many likes they’re getting on Instagram and spend a bit more time connecting with the people that they care about.”

So far the roll out has taken place in Australia, New Zealand, Ireland, Italy, Japan and Brazil.

What do you think of the changes? 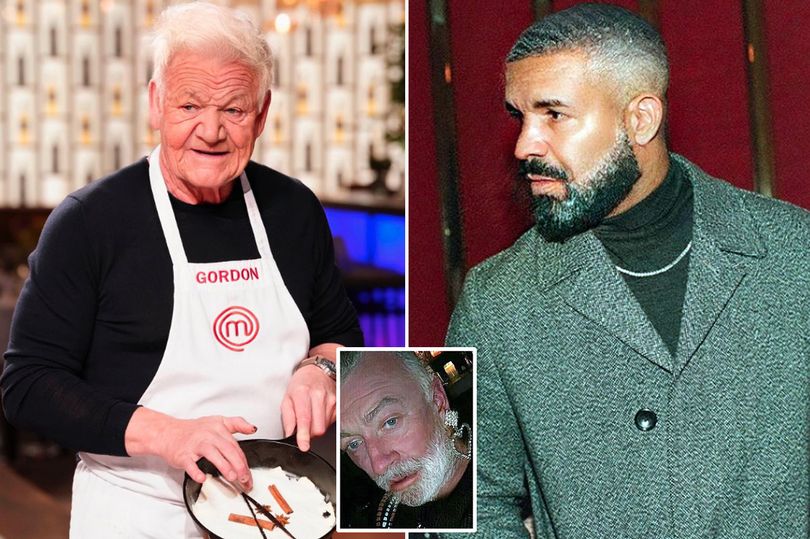 Controversial photo-editing app FaceApp is back, with a new “challenge” showing what people will look like as they age.

The app, which launched in 2017, uses artificial intelligence to augment users’ facial expressions and make them look older or younger, or change their gender.

It has gone viral again in the last few days, with thousands of people posting “aged” selfies of themselves on social media, using the hashtag #FaceAppChallenge.

The challenge has proved so popular that even celebrities such as Gordon Ramsay, Sam Smith and Drake are getting involved.

However, some online privacy experts have raised concerns that the app, which is developed by Russian company Wireless Lab, could be accessing and storing users’ images without their permission.

The company’s terms and conditions state that, by using the app, users agree to allow FaceApp to use, modify, adapt and publish any images that they upload. 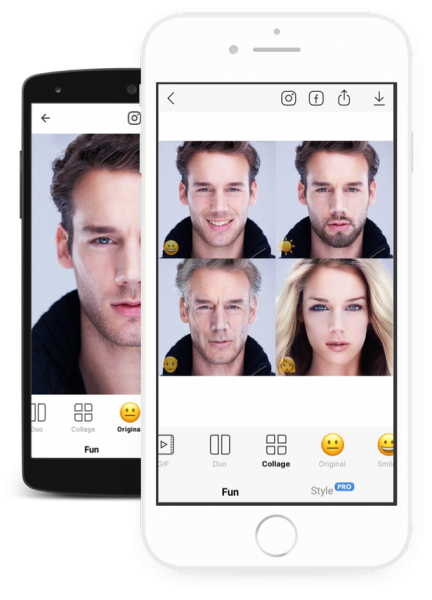 FaceApp is also allowed to use your name, username or any likeness provided in any media format it likes without compensation, meaning you will not be paid for it, or have any ability to take it down or complain about it.

FaceApp uploads your photo to the cloud for processing, rather than carry out on-device processing like many apps do. After doing so, it retains the image long after you’ve deleted the app.

“All of this should raise alarms whenever a free service is acting on sensitive information like images – the revenue to pay for the service is coming from somewhere and it’s likely the sale of data related to what the service provides,” said Tim Mackey, Principal Security Strategist at the Synopsys CyRC (Cybersecurity Research Center).

Moreover, according to TechCrunch, the app is able to access Photos on Apple’s iOS platform even if a user has set their photo permissions to “never”.

Shouldn’t photo access need to be enabled for this to be possible ? 🤔 pic.twitter.com/wy45zKn63E

“Given how many screenshots people take of sensitive information like banking and whatnot, photo access is a bigger security risk than ever these days,” said Matthew Panzarino, Editor-In-Chief at TechCrunch.

“With a scraper and optical character recognition tech you could automatically turn up a huge amount of info way beyond ‘photos of people’.”

“The implications on privacy for apps like FaceApp is extremely concerning,” said Javvad Malik, security awareness advocate at KnowBe4.

“The app itself uses AI to digitally age users’ photos, which is fun from a novelty perspective, but the same types of AI is used to produce deepfake type of imagery which can be used for nefarious purposes such as public embarrassment or blackmail.

“The fact that FaceApp retains access to iOS photos without permission should be a red flag for all app store maintainers.|

FaceApp has had its fair share of controversies over the years. 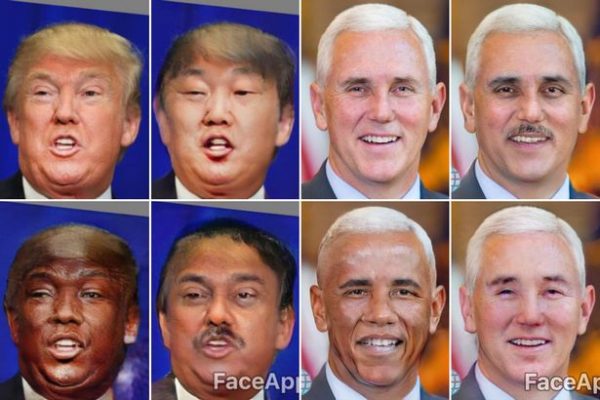 Back in April 2017, Wireless Lab was forced to apologise after several users complained that its “hot” filter was lightening their skintone.

FaceApp’s CEO Yaroslav Goncharov claimed that it was an “unfortunate side-effect of the underlying neural network caused by the training set bias, not intended behaviour.”

Then in August of the same year, the app sparked outrage with the introduction of a new filter that allowed people to change their ethnicity in their selfies .

Responding to the backlash, Wireless Lab, removed the filters and withdrew the update from the App Store. 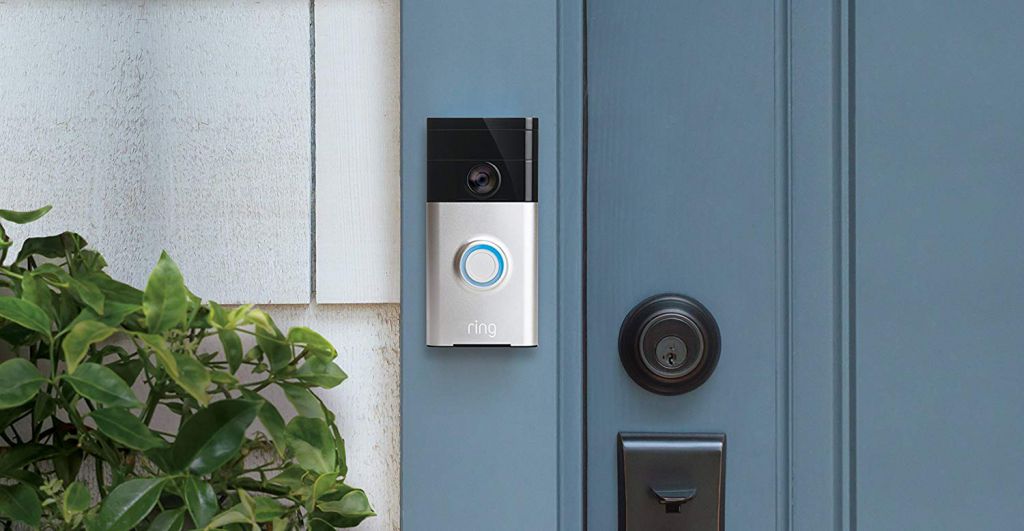 Amazon Prime Day is officially here, and that means massive discounts on TVs, laptops, appliances and more. It also means killer deals on Amazon’s own devices, like the best-selling Ring Doorbell. Prime members can get the Ring Video Doorbell on sale for $69.99. That’s a $30 discount, and the lowest price we’ve seen for the Wi-Fi enabled video doorbell. Our Sostre News readers can also get the Ring doorbell on sale for $69.

The Ring Video Doorbell allows you to monitor your door from anywhere and lets you speak and talk to visitors from your device. The Ring will send alerts to your smartphone, tablet, or computer when motion is detected or when visitors press the doorbell. The Wi-Fi enabled doorbell offers live view on-demand video and infrared night vision. The Ring also works with Amazon Alexa so you can see, hear, and talk to visitors through Echo devices.

Like we mentioned above, this is the lowest price we’ve seen for the Ring doorbell and a fantastic deal for a Ring product. This sale will end Tuesday at midnight PDT, so you should take advantage of this killer deal while you can.

Say goodbye to package thieves and worrying about the safety of your home thanks to this doorbell that doubles as a security camera.

Ring is a wi-fi enabled video doorbell that allows you to see, hear and speak to visitors from your phone, tablet and PC. If you’re going to buy any security device on Amazon Prime Day, let it be this!

Ring is one of the most high-tech and compact home accessories that is making a splash in home security. It streams directly to your phone, giving you live video access whenever and wherever. Not to mention it’s also compatible with your Alexa and can send announcements to your Echo devices when your doorbell is pressed or when motion is detected. You can even connect it to your Echo Show or Echo Spot so you can keep an eye on your front door at all time.

It works on any home, with or without existing doorbell wires and it monitors your yard in HD video and has perfect night vision, for 24/7 surveillance and protection. Now you can stress less about package thieves and intruders.

Smart houses are no longer a thing of the past with Ring. Protect your home today!