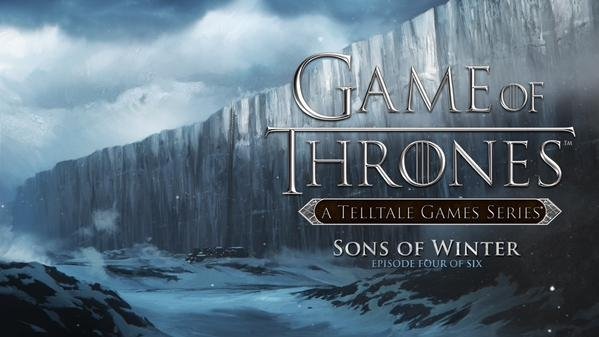 Fans of the HBO epic show that just can’t get enough with only ten episodes per year can now rejoice as Telltale Games releases their “Game of Thrones” episode 4 “Sons of Winter,” the sequel to their ongoing game based on the popular and often controversial show.

As criticism soars toward the treatment of beloved character Sansa Stark on the show (as it differs greatly from what happens to her in the original “A Song of Ice and Fire” novels by George RR Martin), the “Game of Thrones” episode 4 “Sons of Winter” is getting its May 26 release, following up where the previous episode left off.

As Game-Debate reports, the “Game of Thrones” episode 4 “Sons of Winter” is part of an ongoing episodic series that spins off the story from both the books and the show, and it’s now into the second half of its short season – and while the beginning has been fairly slow, it’s expected to heat up in its second half.

Tellgate will be releasing the “Game of Thrones” episode 4 “Sons of Winter” on three different formats on May 26, namely PlayStation, PC and Mac, while Xbox players will get the new episode on May 27 and the mobile versions of the game will be available in iTunes and Android from Thursday May 28.

According to iDigital Times, the “Game of Thrones” episode 4 “Sons of Winter” will follow the story of the Forrester heroes, who are risking their lives to ensure the survival of the family in the “War of the Five Kings,” as the game follows the same basic story from the series but uses a few additional characters.

“In Episode 4, the fate of the scattered Forresters hangs in the balance, and no one allied with the family is safe,” reads the synopsis, according to Christian Today. “An unexpected meeting offers Rodrik a new opportunity to free Ironrath from its Whitehill stranglehold, but with young Ryon Forrester still held prisoner, his next moves are critical.”

Watch the trailer for “Game of Thrones” episode 4 “Sons of Winter” below!