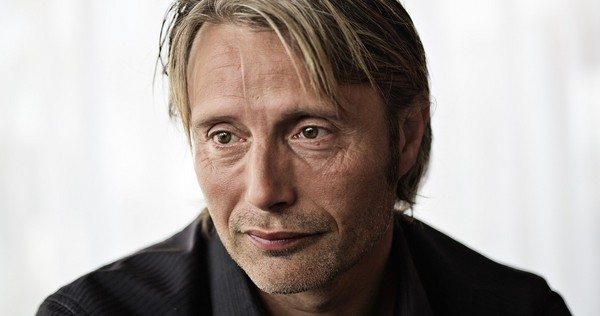 The following contains a spoiler for Rogue One: A Star Wars Story. They don’t come from more legit sources.

Secrecy in film has become one of the most important parts of the production. With so many people dying to know what’s going on behind the scenes and studios wanting to keep everything under wraps, the actors with the answers are sworn to silence. For the most part, this seems to work. It’s become standard practice that interviewers are going to ask actors questions they can’t answer. Sometimes, however, they just slip up. We now know exactly who Mads Mikkelsen is playing in Rogue One: A Star Wars Story, and it’s all thanks to Mads Mikkelsen. His character will be the father of Jyn Erso.

The Hannibal actor was appearing on BBC’s Sky News when he was asked about being approached for his role in Rogue One: A Star Wars Story. He begins by saying the same thing that all actors in this situation say, that they can’t say anything. However, as he talks about his experience reading the script, and the character that Felicity Jones plays in the film, he lets their relationship slip.

I read the script and it was very beautiful. Felicity [Jones] is playing this lovely, strong woman. I play her… father. That’s too much, I’m sorry.

It’s actually shocking that this information is just here now. Mads Mikkelsen even paused slightly before dropping the “f-word.” He knew he wasn’t supposed to say, exactly what possessed him isn’t clear. The interviewer never even tried to ask the question, as she knew that was the sort of thing he wouldn’t say, and yet here we are. Mads Mikkelsen will play the father of Rogue One’s lead character, Jyn Erso. Of course, learning the answer, leads to all sorts of new questions.

In the trailer to Rogue One: A Star Wars Story Mon Mothma tells us that Jyn Erso has been on her own since she was 15. While there are many reasons she would have been on her own, the most obvious would be that she was orphaned. However, it appears that this is not the case. Her father, at least, is alive. So then, why has Erso been on her own? Was her father captured by the Empire? Is this why she’s willing to work for the Rebellion? Does Jyn Erso know her father is alive or will his existence come as a surprise to her? Maybe Jyn Erso just ran away from home at 15 and her parents have been looking for her ever since, she does say that she rebels, but then what brings the two together again?

In previous comments, Mads Mikkelsen has implied that his character is not a bad guy, which is somewhat unusual for the actor, so whatever the state of this father-daughter relationship, it doesn’t sound like it will be antagonistic. It’s unlikely Jyn Erso will discover her estranged father is actually an Imperial Moff, but who knows. Check out the actors full comments below. The key moment comes at about the 1:20 mark.

So who had, “Felicity Jones father” in the Mads Mikkelsen character pool? Did you guess it? How do you think dear old dad will be part of the story? Feel free to leave your thoughts on the matter in the comments.