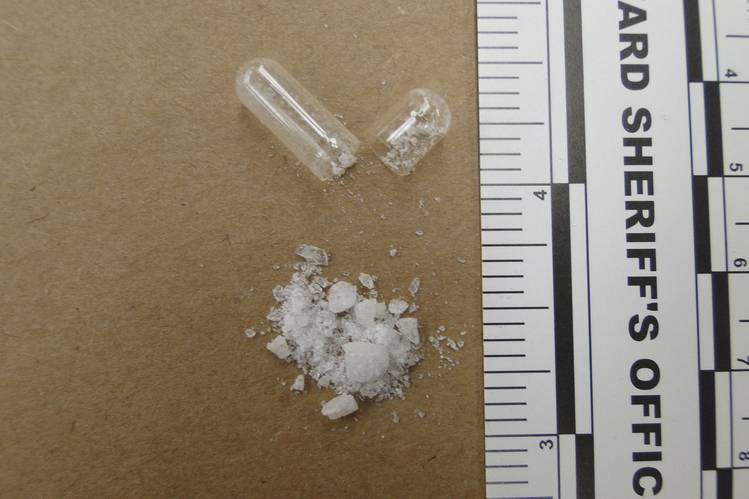 Flakka illustrates the threat posed by synthetic drugs cooked up in laboratories in China and elsewhere, such as spice, which mimics the effects of marijuana. As authorities ban and crack down on particular substances, manufacturers come up with new ones that haven’t been listed as controlled substances, said Rusty Payne, a spokesman for the Drug Enforcement Administration. Hundreds of synthetic drugs have emerged in recent years, he said.

In 2011, the DEA collected only five lab reports involving seizures of alpha-PVP from local, state and federal forensic labs, Mr. Payne said. By 2014, that number had jumped to 2,920. The lab reports came largely from the South, but also the Midwest and Northeast, according to DEA data. Last year, the agency added the drug to the most restrictive list of controlled substances, opening the way for the prosecution of sellers and stiff prison sentences of 10 years or more.

In Kingsport, Tenn., where the drug goes by the nickname “gravel,” alpha-PVP surfaced about two years ago and quickly became established, said Tom Patton, public information officer for the police department. Narcotics units there already were overworked dealing with an epidemic of prescription painkillers. “This just adds fuel to the fire,” he said.

Flakka, part of a class of drugs called synthetic cathinones, typically comes as white or pink crystals that can be snorted, injected or vaporized using an electronic-cigarette device. One kilogram costs about $1,500 and yields 10,000 doses, which retail on the street for about $5 each, said James Hall, an epidemiologist at the Center for Applied Research on Substance Use and Health Disparities in Miami.

Mr. Hall said there wasn’t enough data yet to estimate the size and value of the market for flakka, whose name is believed to derive from the Spanish word for slender woman.

Although the drug can produce a euphoric high, it also can provoke a condition called excited delirium, involving paranoia, hallucinations and sometimes violent outbursts. Users’ bodies can overheat to 105 degrees or more, prompting many to strip off their clothes, Mr. Hall said.

Episodes involving people high on flakka have alarmed officials in Broward County, home to Fort Lauderdale, the worst-affected area in the country. Earlier this year, one man tried to kick in the door of a police station, saying people were chasing him. Another man impaled himself while trying to scale a spiked fence. Several users have walked along major roadways completely naked.

The Broward Health system, which includes four emergency departments, is receiving an average of 12 alpha-PVP cases a day, said Chief Executive Nabil El Sanadi. Patients typically fall into one of three categories, he said: those suffering psychotic episodes, those experiencing physiological abnormalities such as heart rates of 200 beats a minute, and those in cardiac arrest.

While an urban center such as Fort Lauderdale is equipped to combat such a drug scourge, rural areas like Lewis County, Ky., have to respond with more limited medical and law-enforcement resources. “Most times, we don’t have a backup unit,” Sheriff Bivens said. “A deputy has to respond alone and deal with this individual.”

He said his department is doing all it can to combat the drug and has made about 30 arrests tied to flakka so far. “It’s the worst drug I’ve ever seen,” he said.